Theory on How Weak Magnetic Fields Can Promote Cancer 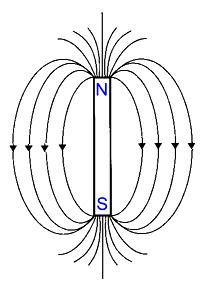 Weak RF fields may indeed be able to promote cancer, according to two leading members of the EMF/RF research community. Frank Barnes and Ben Greenebaum are offering theoretical arguments to explain how low-level RF radiation can alter the growth rates of cancer cells. They present their ideas in an article which has just appeared in the IEEE Power Electronics Magazine.

“Stuff is going on,” Barnes told Microwave News. “We can see changes with very small fields.” He granted that some may interpret what he is saying as “heresy.”
“What we are postulating does not violate any laws of physics and chemistry,” said Barnes, a distinguished professor emeritus of electrical engineering at the University of Colorado in Boulder and a long-time member of the National Academy of Engineering. Greenebaum, a professor emeritus of physics at University of Wisconsin-Parkside, was the editor-in-chief of BIoelectromagnetics from 1993 to 2006. Barnes and Greenebaum are coeditors of the most recent edition of the CRC Handbook of Biological Effects of Electromagnetic Fields.
“Bob Adair’s calculations are not wrong,” Barnes added. “They just don’t deal with the situations we are dealing with.” He was referring to Robert Adair, a professor emeritus of physics at Yale University, who has long maintained that weak field effects are incompatible with the laws of physics (more on Adair). Barnes was careful to point out that not all experiments would show effects because “biological systems have many feedback and repair mechanisms.”
“We have a reasonable hypothesis with a framework which allows others to do experiments which can show whether we are right or wrong,” Barnes said.

For some papers by Barnes and Greenebaum on weak field effects, click here.