Is it safe to carry cellphone in your bra or shirt pocket? 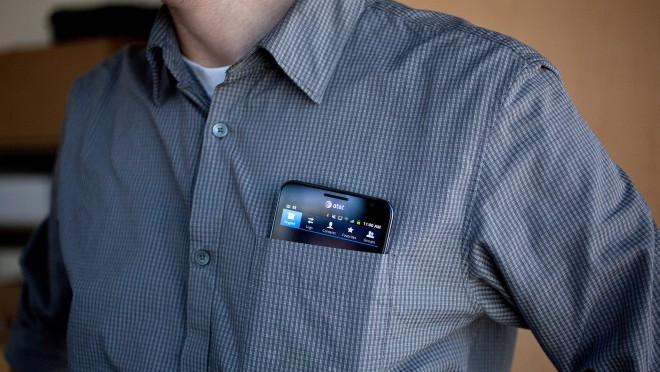 We had both stepped out for some fresh air after finishing our daily morning examination. After ending my phone call I returned the cell phone into my shirt pocket. My new friend, Mr Watergate, quickly asked: “Daktari, why do you put your phone near your heart? I heard it can cause heart attack,” this coming from an intelligence officer was no surprise to me. So I ask, is there any link between a mobile phone and heart troubles? Or more broadly, Is your cellphone harming your health? Is it safe to carry a cellphone in a handy shirt pocket all the time over your heart? Can the constant or burst of energy (one watt?) when a call comes in possibly affect the heart rhythm? What if your heart is a wee bit unhealthy in the first place? We recommend that those with implanted devices such as pacemakers or defibrillators keep their cellphones and media players at least six inches from the generator.

This can be readily achieved by carrying cellphones in the pants pockets or on a belt or purse holster. Where is the worst place to keep your cell phone? Some unconfirmed reports claim that cancer may develop in locations close to where a cell phone is kept, such as breast cancer in women. Why? The location of these tumors found, exactly aligns with the position of the cell phone being worn by these young women in their bras. There is a story told of a 21-year-old woman who upon receiving her first cell phone at the age of 13, put the device in her bra and wore it there daily until she received her breast cancer diagnosis. The WHO has reviewed and compiled a substantial quantity of scientific research on the topic and announced in May 2011 that radiation from cell phones is possibly cancer causing (carcinogenic) to humans For men, it has been said that, as cell phone minutes increase, sperm count decreases. According to Journal of the American Society for Reproductive Medicine, men who chat on their phone for more than four hours a day had a lower average sperm count and fewer viable sperm. Ultimately, common sense is needed in ensuring you use your cell phone in a manner that does not harm you. You should only use your cell phone when absolutely necessary, use a landline when you can. Always distance yourself from your phone - even a few centimetres between your body and your phone can diminish risks. Use hands-free devices as these emit much less radiation compared to a regular cell phone held to your ear.