"Smart meters" Create Nerve-Blocking Frequencies - On All Your Wires

The following article about this video by Shaun Kranish, Founder of the IEHA. Permission is granted to copy and repost this article in its entirety, unedited, with link to this page (original source).

This powerful video was just released! It's one of the most powerful out there covering the facts about the serious health risks associated with current "smart meter" technology. Paul Harding, the gentleman in the black shirt operating the equipment, is a colleague of mine. I have enormous respect for his work - he knows a great deal about EMF measurement and remediation, and also about the scientific evidence showing EMF health effects.

Warren Woodward, the gentleman in the white shirt, has been a very effective advocate for meter freedom - fighting the smart meter scams and corruption in Arizona. They've teamed up in this to show you live video recorded oscilloscope waveforms of smart meter activity, as well as radiofrequency meter measurements, electric field measurements, Graham Stetzer (Stetzerizer) measurements, and an analysis of the findings.

In a nut shell - this video shows something that many people are unaware of - so-called "smart meters" create dangerous frequencies that they put on all of the wiring in a home or other building. These frequencies then can affect the body - these same frequencies that research is showing will BLOCK nerve function - throughout the entire home. It's not just the wireless signal that the "smart meter" uses to communicate - it's also the switch-mode power supply that powers this radio.

As of this writing, I have been researching and working professionally in EMF health for over 8 years. In this time I have dealt with numerous people who "opted-out" of their "smart meter" only to be given another type of electronic (also called "digital" or "solid-state") electric meter - the kind made of plastic with LCD displays. While these digital electric meters do NOT transmit wirelessly for communication, they still use switch-mode power supplies and cause the same problem shown in this video. This is why I believe the numerous individuals I've spoken to over the years were made just as ill or even more ill by the digital opt-out meter. 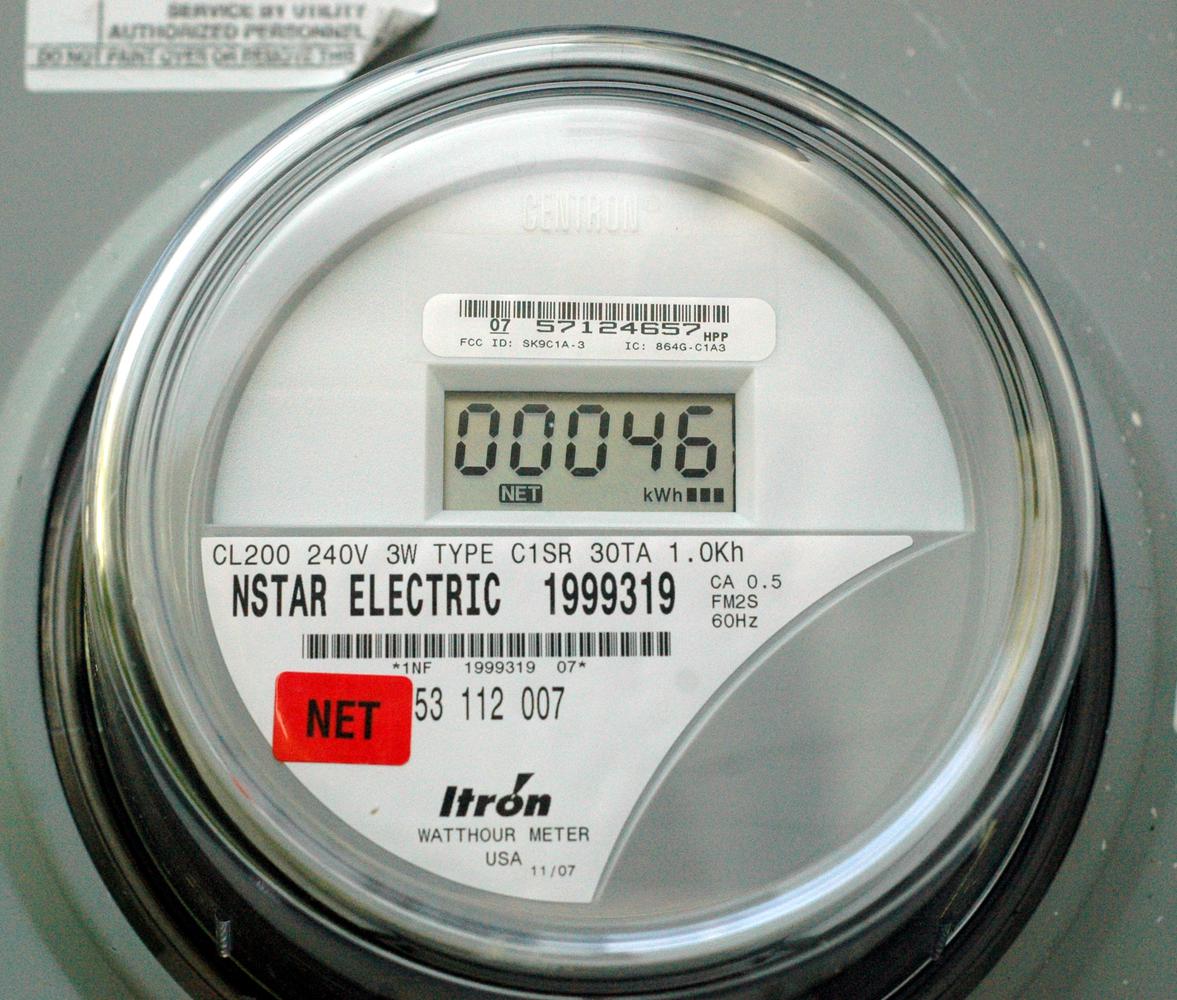 Photo example of a digital meter

So don't forget that smart meters cause 2 types of pollution: the wireless radiofrequency transmissions through the air, and also the high-frequency voltage transients - also called "dirty electricity" or "intermediate frequencies." This is electrical pollution, and may be just as responsible for making people ill as the wireless transmissions.

This is why everyone should have the option and freedom to have a safe, clean analog meter. An analog meter does not contain electronics - AC/DC switching circuitry which interrupts current flow - using current in tiny super-fast pulses. This causes voltage spikes on the entire system which are then placed everywhere in the living environment because most people are surrounded by unshielded live electrical wiring. This electric field comes out a great distance.

So we must demand the ability to have safe, clean, industry-standard analog meters with NO electronics or automated meter reading capability until we can be sure of a safe technology that is tested and proven free of pollution. Take your health seriously and do not underestimate the dangerous of so-called "smart meters." In my work all these years smart meters have been the number one complaint by far. No other device (cell phone, wifi, computer, etc) comes even close. I've personally spoken with hundreds if not thousands of individuals who directly associate their newly-developed symptoms with the smart meter. They often didn't even know the meter was placed on their house, but luckily through research made the connection, called their power company to see when it was installed and sure enough it was the same exact time the symptoms began. 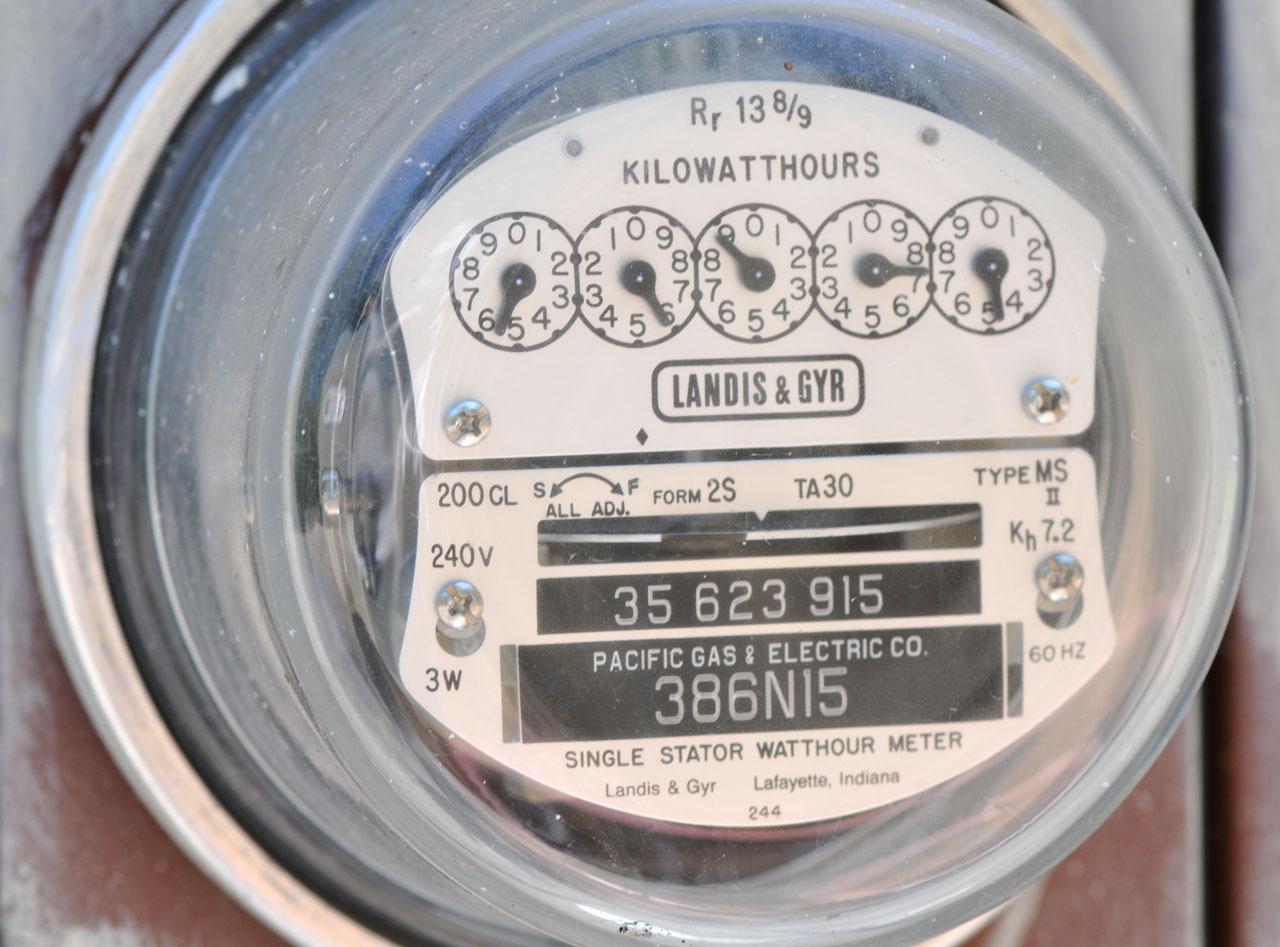 There are too many victims, too much scientific evidence about dirty electricity and RF, for this to be anything but truth. It's time to act upon it. Protect yourself and your family and friends now. Demand analog meters, and if the power company won't do it send them a legal notice stating they are not allowed anything but an analog meter on your property, and if they don't install one within 7 days, you will do it yourself. These legal notices are available at freedomtaker.com for free. Numerous sites sell analog meters for extremely reasonable prices. ($50 or less to your door).

Get a doctor's note, a lawyer's letter, or just do the legal notice and install it yourself (most effective) if your power company refuses to honor your choice and freedom when it comes to the type of meter used on your property. The IEHA has started an initiative to see that everyone can have totally-free analog opt-out of smart meters. Check out www.meterfreedom.org and sign up for the newsletter and let us know what state you are in. We will take back each state one-by-one.

The IEHA is a not-for-profit and largely volunteer organization dedicated to advancing the knowledge of EMF health effects and the application of this knowledge to protect the public from the very real dangers of non-ionizing radiation and electricity.

Join now to support the IEHA's efforts and also get access to great information and other membership benefits.

Thanks for this information. I bought 2 boxes of Stezer filters from you and use them. I still have the old analogue meter but the XCEL power company is planning to turn my town into a Smart Meter town. How can i prevent them from removing my Smart meter? I am not usually at home so they will just take it off, even if i put a note on it. Thanks.

I always recommend LOCKING the analog meter. As the homeowner, you own the socket box that the meter goes into (the metal box where the meter is mounted). The power company only owns the meter. Yes, you need to allow them access to it if they need it, but it doesn't have to be 24/7 access on a whim.

People have constructed wooden boxes, steel/iron cages, locking brackets, chains, and other ways to prevent them from being able to take out the meter without you. So you need to lock that up so that if they want at the meter, they need to ask you. I did this with my own meter just as a precaution. You can see how I did it here:

This is just one way. Anything you do to your meter box (be careful - do NOT drill or screw into this because it is always live with electricity!!!) or the house is up to you - you own it :) If anyone tampers or destroys anything you do (cuts locks, etc) you should call the police immediately. If you see anyone attempting to tamper, you should immediately warn them that you will call the police immediately if they damage any of your property.