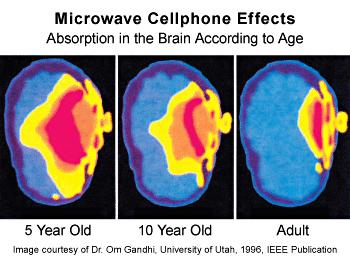 According to Microwave News, results of the U.S. National Toxicology Program (NTP) have shown that exposure to radiofrequency (RF) radiation has resulted in statistically significant increases in cancer among rats. These rats were subjected to whole body exposure from RF signals as used for GSM and CDMA-type cell phones over a period of two years [1].

As reported by Microwave News:

“Discussions are currently underway among federal agencies on how to inform the public about the new findings. NTP senior managers believe that these results should be released as soon as possible because just about everyone is exposed to wireless radiation all the time and therefore everyone is potentially at risk.”

“The NTP findings show that as the intensity of the radiation increased, so did the incidence of cancer among the rats. ‘There was a significant dose-response relationship’, a reliable source, who has been briefed on the results, told Microwave News.”