WiFi in the Sky, Convenient, Profitable and In-demand – But Is It Safe? 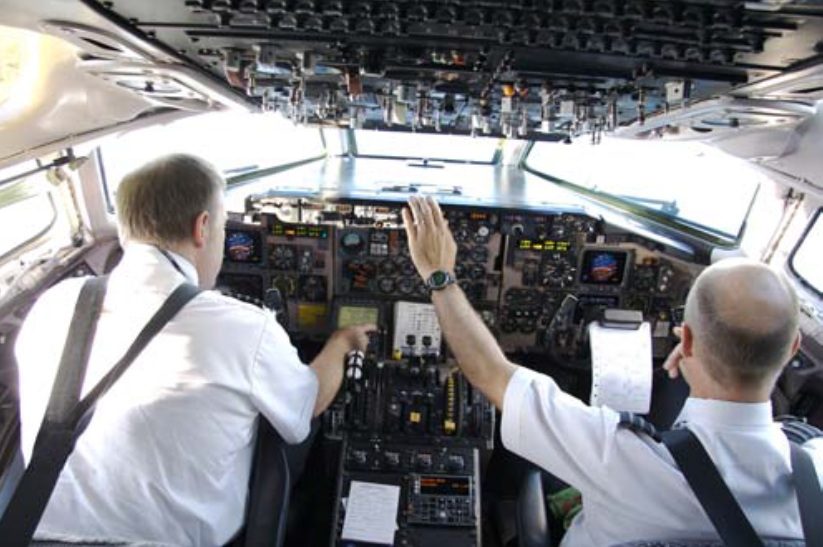 This Statement of Concern from flight surgeons, pilots, accident investigators and medical, scientific and technical experts was edited by Kerry Crofton, "I worked for many years with pilots and air traffic controllers in Canada and the US and served on the Canadian Civil Aviation Tribunal. The following experts are calling for a review and monitoring of WiFi in commercial aircraft; there is scientific evidence of harm at ‘low’ government-sanctioned, non-thermal levels.”

Captain Anderson is a licensed Airline Transport Pilot who has worked with the US Federal Aviation Administration Wings Program, and as a human factors seminar leader on Pilot Proficiency and Cockpit Management.

“RF frequency assaults (from WiFi-enabled aircraft and the in-flight use of wirelessly connect mobile devices) are a key issue and need to be considered in any accident/incident investigation.

With the amount of solar radiation normally received by pilots flying at high altitudes being studied as a concern for its health effects, we now have additional radiation in the form of RF signals from personal electronics and on-board Wi-fi as well as the all-electronic cockpits and more recent electronic flight bags being adopted by air crews.

Symptoms that can be traced to RF exposure, as well as time spent viewing electronic screens that can affect cognitive abilities can contribute to accidents or incidents deemed pilot error.

It is necessary for studies to be implemented by the FAA or NTSB as well as independent interests that can confirm or deny the potential effect from the widespread use of airborne electronics. I have been involved with educating the aviation community about conditions that can affect brain chemistry and cognitive breakdown.

I have been voicing concern about RF frequencies affecting pilot's abilities to make executive decisions and now am concerned about the impact frequencies emitted from wirelessly-connected electronic screens have on the biology of the brain.

Since most companies are transitioning to electronic flight bags instead of paper charts, and since most modern aircraft have all glass cockpit presentations, the pilots are being subjected to non-stop screen interference with their cognitive performance.

This can be critical when an emergency arises and a quick decision-making response is needed.

My communication with FAA personnel has resulted in a response from Kyle Copeland, Ph.D., Research Health Physicist, Radiobiology PI FAA, CAMI, AAM-630, Numerical Sciences Research Team who says ‘I can say with certainty there is no ongoing research here at CAMI that deals with biological effects of nonionizing radiation (that is WiFi and the radiation emitted by wirelessly-connected mobile devices).’ ”

Note: Radiation exposure safety standards are based only on ionizing (thermal) levels – strong enough to warm human tissue; however, all of the adverse effects detailed in this document occur at non-ionizing (non-thermal) levels. Dr Martin Blank. PhD